Another one on the bucket list - The Sub 4 Marathon Finish 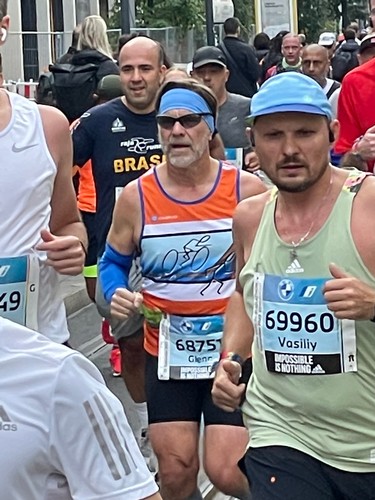 A best yet, sub 4 hour marathon performance in and around the city of Berlin. The race is a flat, scenic loop past beautiful postwar construction with some mixed century old ornate structures. 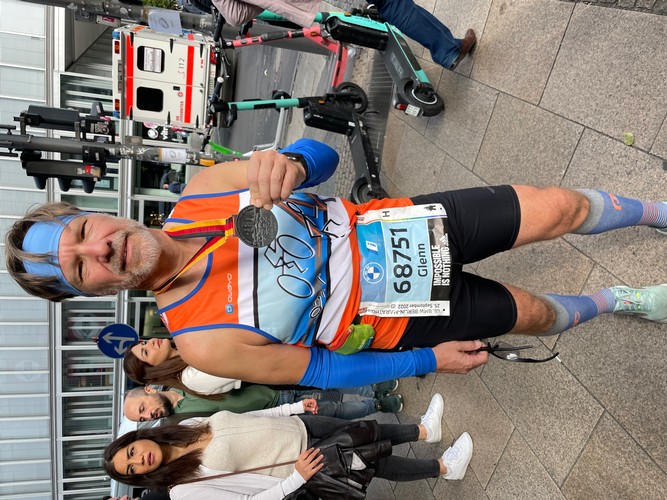 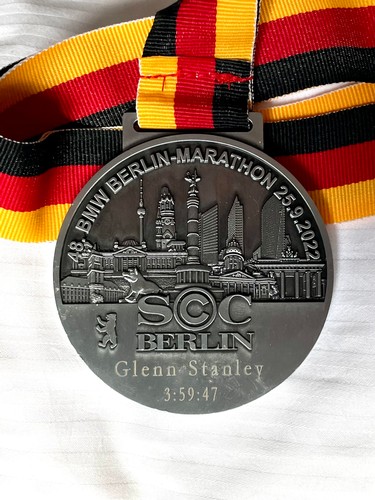 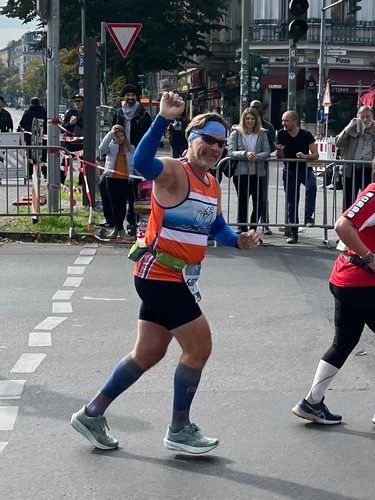 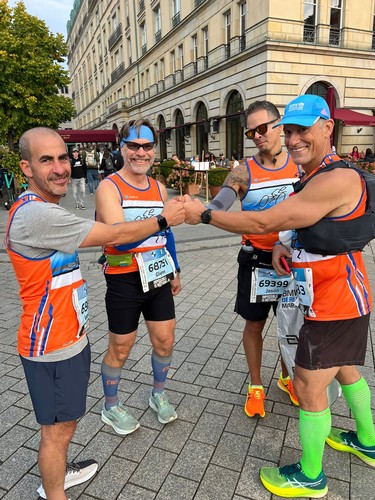 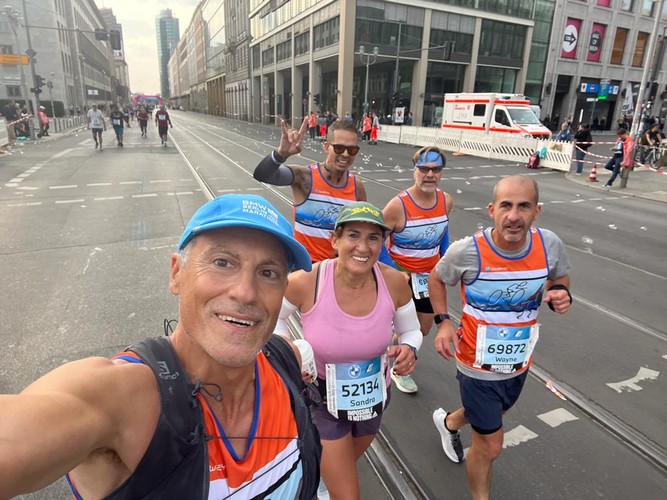 
The course runs through post war construction on the west, and some historic architecture in the east. While crowd support was a bit lighter than the three big marathons in the US, both the crowd and the course was friendly. At just 240 feet of elevation gain, Berlin is mostly flat for a familiar hill runner, and delivers the fastest course times in the big city marathon circuit. Not only did I make a personal record with my first sub 4 hour marathon, Eliud Kipchoge broke his own world record at 2:01 minutes 9 seconds.


Berlin gave us the best running conditions possible. It was a cool 48° at the start mid 50s finish. There was no wind so just a singlet made for perfect running wear.


Maurten was a big race sponsor so I combined their race plan mostly with some my own. I ate spaghetti the night before and also had 10 oz of UCAN starch & Hydrate concentrate the night before. Race morning I had a solid egg breakfast, and another 10oz of UCAN starch & Hydrate concentrate.  Through the race, I consumed 3 Maurten gels, one each at the 10, 20 and 30km marks. Along the course I drank the provided water and Maurten 160 mix and an occasional sip from my Nuun electrolyte I carried in my waist pack. By the end of the race, I drank 15 to 18 ounces of the Nuun sport hydration electrolyte.


It seemed my fueling was spot on as I almost never tired. For the first time I never had a stomach cramp mid course and I enjoyed 4 to 6 ounce cups of straight water through the last 10 miles.


By the last 10K I realized I had a four hour marathon in my sight. I realized fairly quickly, I was running a few minutes behind the four hour mark so I increased my effort. A few kilometers later around 40k, I realized my current pace was still not enough. With a couple kilometers to go pushed harder.  I delivered just under an eight minute mile pace through the last end of the course with 13 seconds to spare!


The combination of an advanced training plan with a complete fuel plan, including lots of hydration the night before and race day, not to mention a friendly course and great weather, makes for a great athletic performance and a personal best. I got what I came for in Berlin