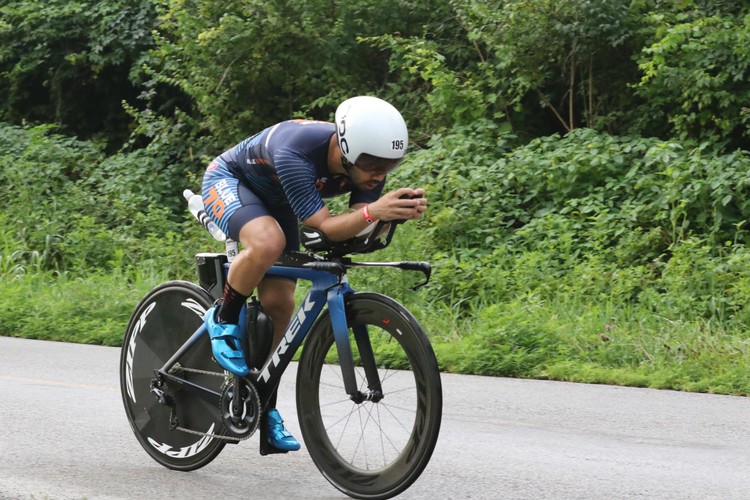 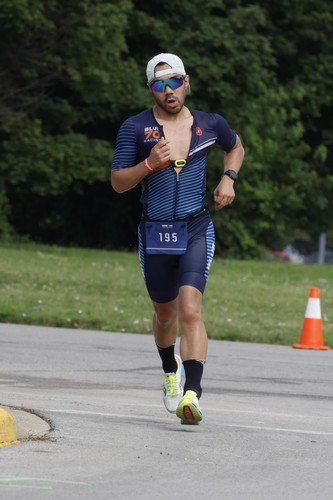 
This was my second race this season.  Given the course profile, I was hoping to drop a pretty fast time.  The conditions had other ideas.


The race organizers announced in the last few days leading up to the race that we'd be jumping off a boat instead of the dock.  It was a nice little touch for flavor. The water was warm and much smoother than Steelhead a month earlier, but the visibility was poor and a wind out of the west made the longest stretch of the course quite a challenge.  I could feel my hips sinking trying to fight the wind but overall thought I had a better swim than I did in Steelhead.  I was a little disappointed to see I did a 46:31, but after confirming with some other athletes B70 teammate Dirk P after the race that the swim was actually pretty tough, I felt slightly better.


Nothern Ohio is known for being flat and windy and this bike course heavily featured both.  The roads were smooth and my position is pretty good for fighting the wind, but a turn-heavy course meant that I'd be sitting up to turn right as I felt like I was hitting a nice groove.  I was making great time at just under my power target, right on track with my nutrition, but my HR was a little higher than I thought it should be.  I think I wasn't accounting for the heat as much as I should have been but ended up with my best bike time to date.


I have been running pretty well in training the last few months so I was hoping to hold it together. I started my run at a pretty hot pace and definitely thought I felt better than I actually was.  The sun was out and I hadn't really done a good job of managing my core temperature and I started to fall apart.  I reverted to a strategy of walking the aid stations to take on fluids and get as much ice down my kit and in my hat as I could, but I couldn't seem to cool off.  By the second lap I was nearly in survival mode but did some mental math and figured if I just held on for a little longer I could salvage a decent run and finished as strong as I could.


I was a little sad that this race had been moved from Delaware, but Sandusky was a very nice venue.  There was great support on the spectator-friendly run course.  Bars and restaurants opened early for coffee and mimosas on race day.  The roads were smooth and the people were friendly.  All in all, a very fun race and I hope to be back next summer.