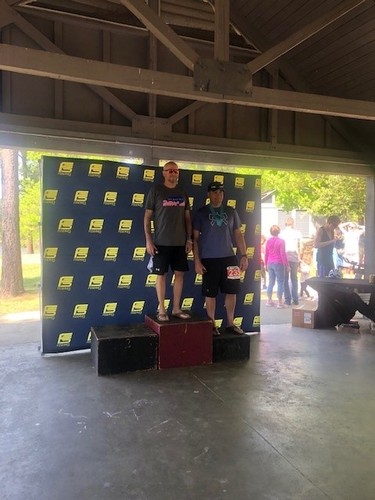 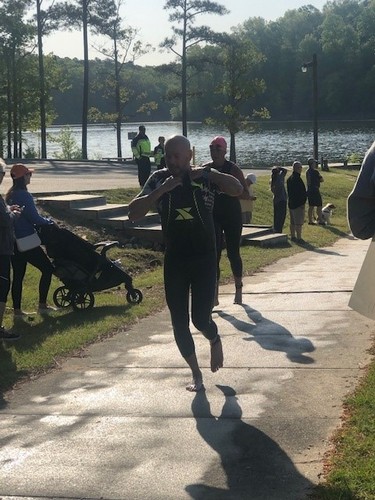 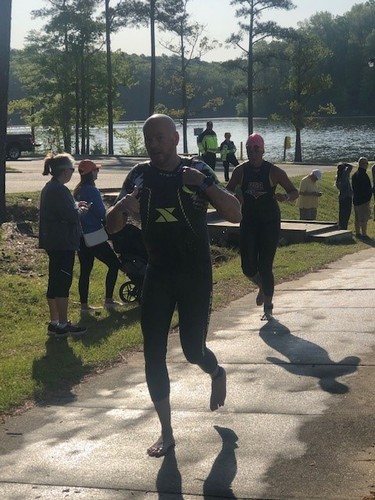 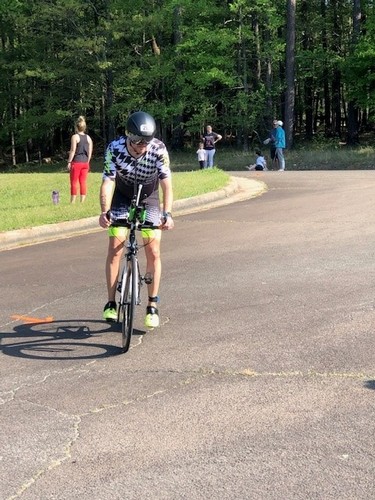 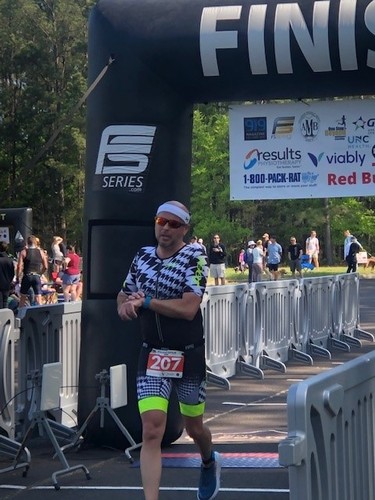 Traveled from the flatlands of eastern North Carolina to the hills of Raleigh, North Carolina for the Beaverdam Sprint Tri at Falls Lake. Water temperature was 68 degrees making it wetsuit legal. I had never raced in a wetsuit before so I wore it two times in the pool on race week to get a feel for it. Finished the 750 meter swim in 17 minutes and 44 seconds, I am a pretty slow swimmer so i was very happy with this time- I know it was aided by the wetsuit but still i was happy with it. After the swim it was on to the 14.5 mile bike ride, this is the part I was most worried about, the guys in the Raleigh area call them rollers but to flatlanders like me they are hills- Big Hills! Finished the bike in 46 minutes flat and burned a lot of matches doing it. Off of the bike and on to the 5k run on a hilly run course with the sun out and the temperatures warming up i finished the run in 25 minutes and 10 seconds. total race time was 1h 33min 10 sec which was good enough for 29th overall and 1st in my age group. Very happy with my race and as always FS Series put on a great event. Now it's back to the grind, a little faster, a little stronger. Had to wear my old sleeveless wetsut since I was waiting for the Helix to restock in my size, Hopefully next time I race in a wetsuit I will be sporting one with B70 on it.