A Best Yet Marathon in Boston 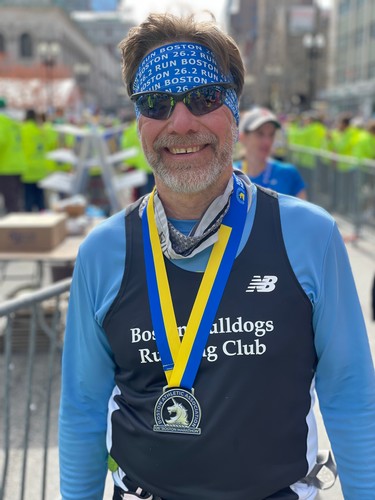 A best yet marathon performance from the Boston suburbs to downtown. The tour is scenic, awash with crowd support, especially welcome along the winding roads and undulating hills. The race takes place on Patriots Day, a Massachusetts holiday and great day to remember. 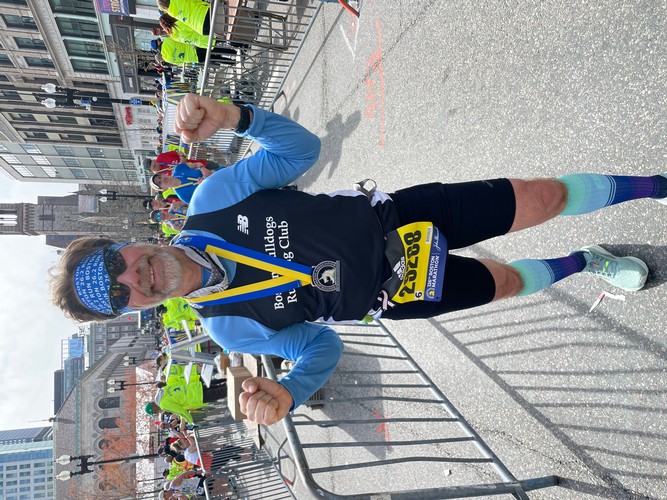 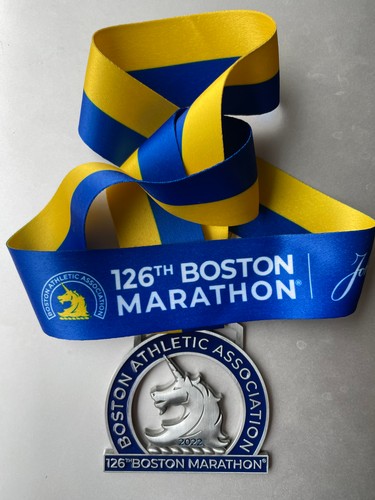 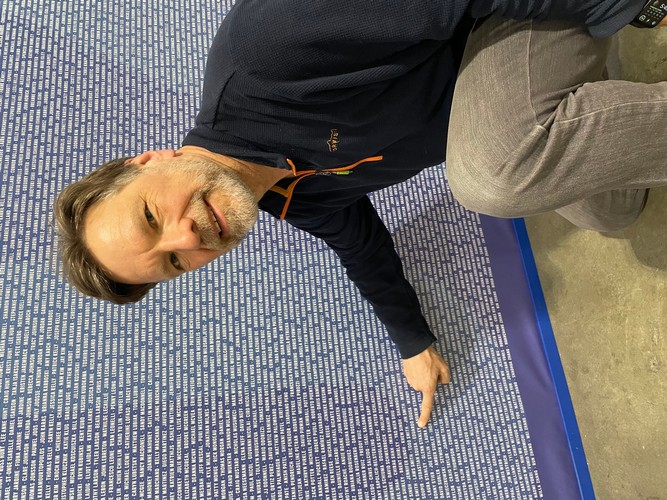 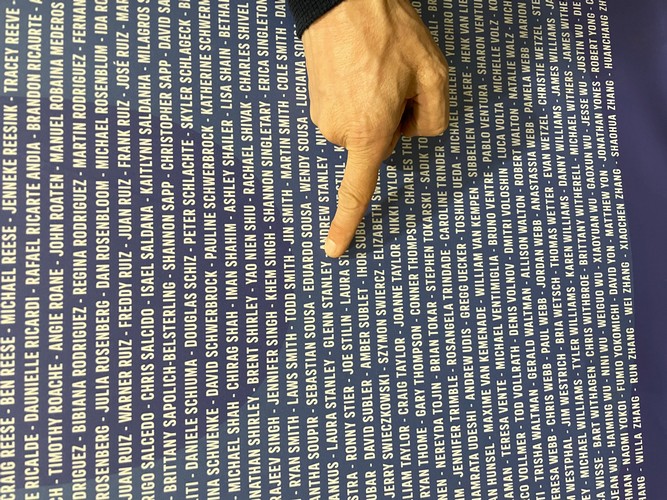 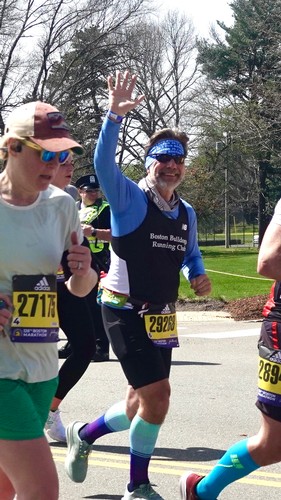 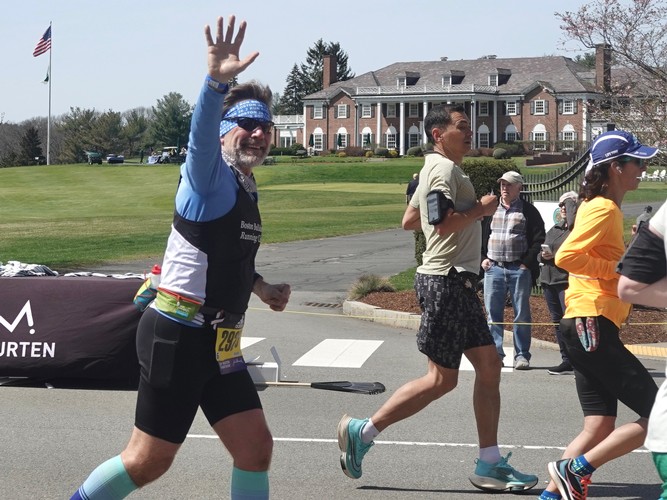 
Boston Marathon is mostly a pretty run through Boston Suburbia, where undulating hills make for spectacular runner crowd views “up ahead”. The rolling hills never really stop, especially punishing at the few miles leading up to 20, the infamous Heart Attack Hill. Crowds are both numerous and supportive. The course runs right by college campuses. I feel my performance was better than past, but still there is room for improvement. I never hit “the wall” but do experience an awful amount of wear on my body, if not punishment. Suffice to say I did make this marathon my fastest thus far.


(5) I felt great through mile 9, Probably a false sense of security as I tried to roll my downhills for increased speed perhaps unnecessarily burning stored energy wondering from left to right to clear the crowded roadways.


(3) I felt my system was taxed come Mile 16. I maintained heart rate recognizing a speedier pace would come at too great a cost.


(3) only for the last mile was I willing to sprint. I did so with zest, a near 8 minute mile, saving some 2 minutes and earning me my marathon best.


(1) after finish into the night I felt beat up. After the 4 hour ride home my left knee was hurting.


(4) 12 hrs later, after my early morning shower I felt surprisingly good, my knee not at all hurting


(4.5) 48 hrs later I feel darn good. Albeit some lactic acid fatigue but little if any knee or other joint wear.


I carried two 8 oz bottles each of UCAN starch & Hydrate concentrate, 1.5 scoops per.   I also consumed  20 oz prior to race start.  I competed the pre-race fuel and proceeded to run with a sip of race provided water every even mile and a sip of concentrate every odd mile.  Fueling was reasonable until about mile 20 where my stomach became unsettled so I drank just water the last hour to finish.  Perhaps more water and a lighter concentrate would be better.


Once again, it is really hard to run a marathon. Always anticipate heavy fatigue the last 10k to finish. Stick to pace plan, bar none. I need to run slower to go faster.  I need to slow my first third of the course to get my positive split at least +10 minutes.  I need to train for negative splits with more vigor.