Never, EVER, take your foot off the gas! 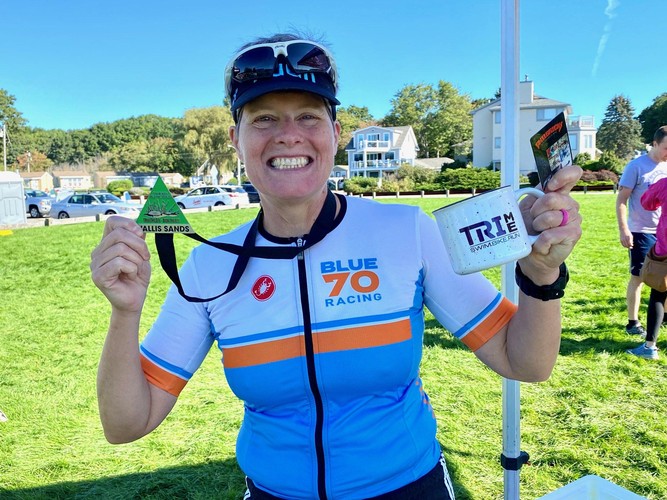 This was my last in person TRI for 2021. In a year with so much uncertainty, and with the pandemic still raging, it was a sweet one. So much gratitude for Race Directors, Volunteers, timing companies, my fellow athletes, even the "Fun Police" (aka: officials). 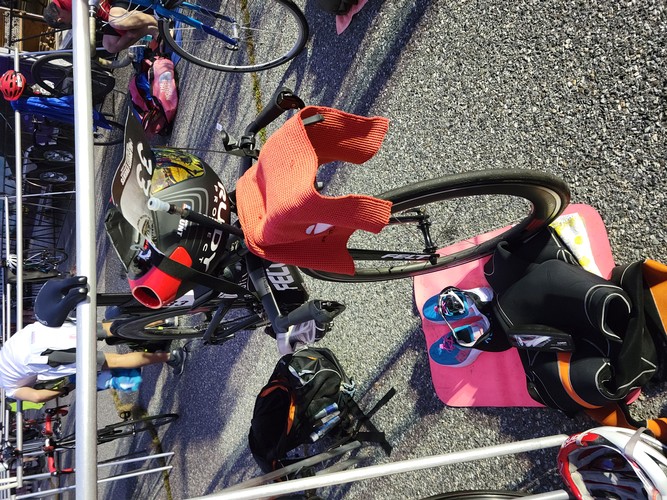 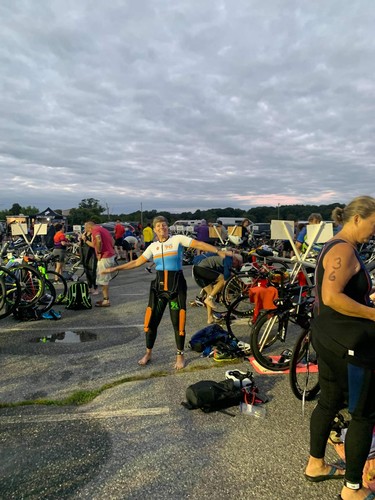 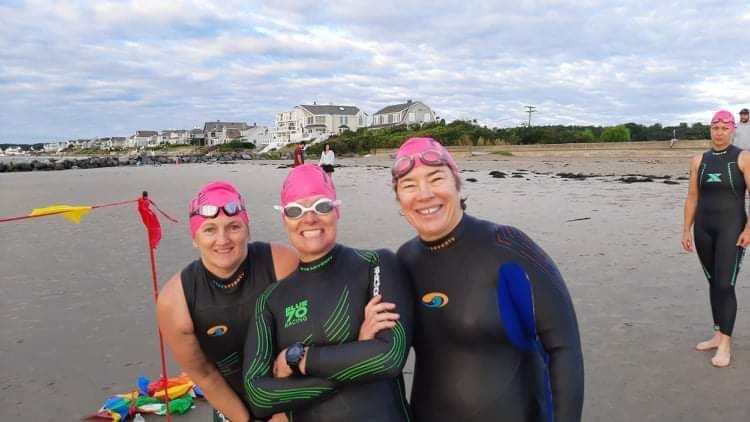 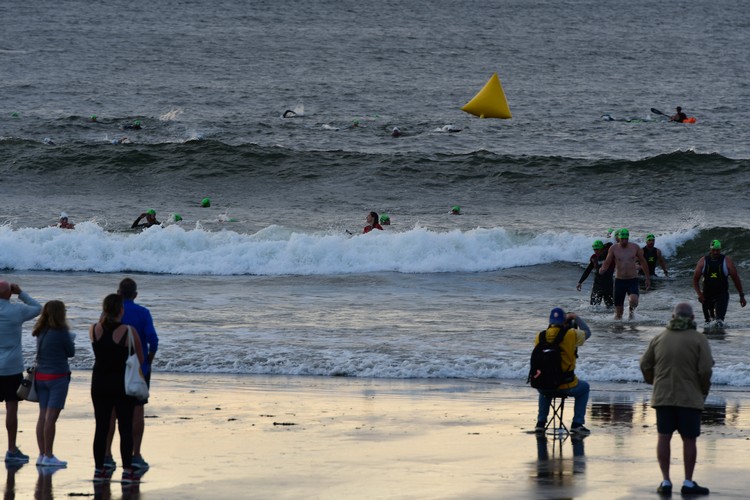 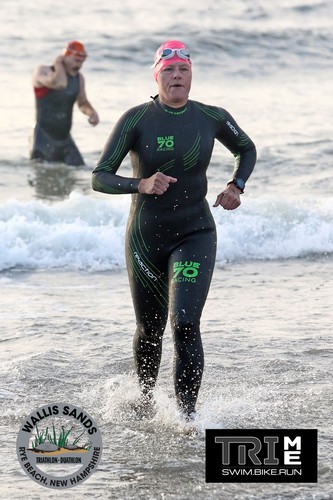 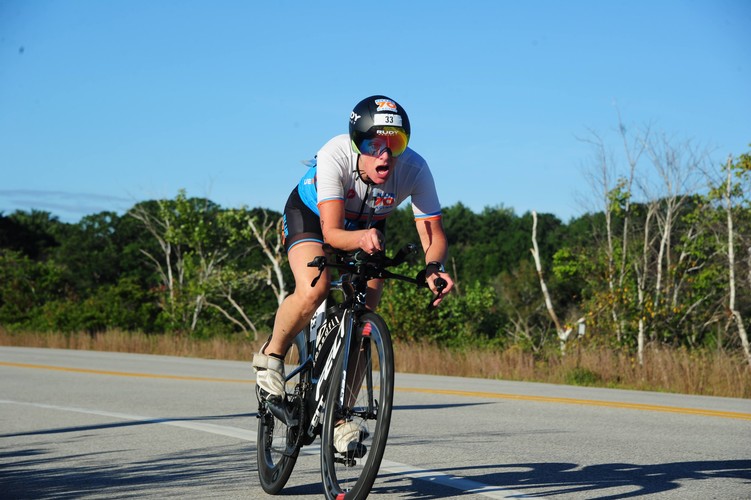 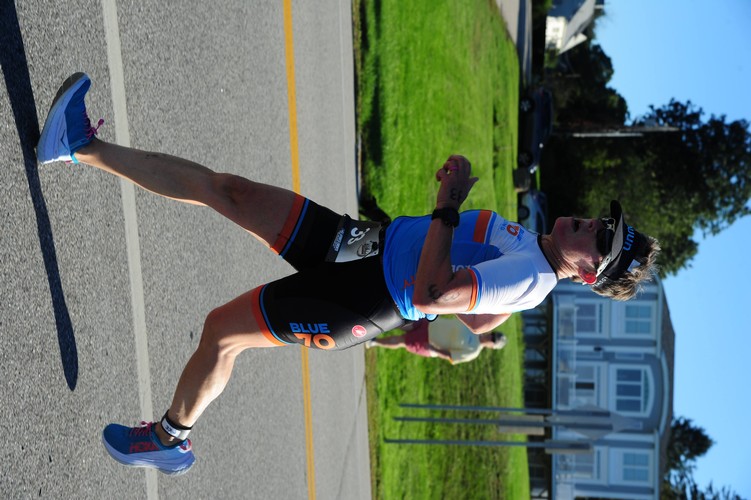 To those who have raced here a few times, the race is typically known, simply, as “Wallis”.  It’s a great course, and because of its location, there are always some potential variables. You’ll see what I mean as I describe the day.


My friend, Jen, who lives nearby, and I decided to carpool. It always makes for a more fun experience, I think. We had picked up our race packets the day before; one less thing to worry about on race day. We had decided that, since we were going to packet pick up the day before anyway, we might as well take a short practice swim. When we walked out toward the beach, it was so foggy that one couldn’t even see the lifeguard chair. We chatted for about a minute or two about how it would be unsafe to go out in that fog without safety support, so we were going to bail on the practice swim. When we looked up, the fog was suddenly gone. OOOKKAAYYY. Into the water we went! Only the mooring markers, where the buoys would be set, were there. So, we got a tiny taste of the swim course. The swell was only about 3 feet, and the water was relatively warm for late September.


The next morning, I was up at 4am, picked up Jen around 4:30, and we arrived in Rye by 5:15. We got body marked, had our bikes checked, then headed to our transition spots. When I set up, I am all business. This gives me more time to socialize and get in that oh-so-important warm up swim. One of the big variables with an ocean swim is the size of the swell. Overnight, it went from 3 feet, to 4.5 – 5.5 feet. Marvelous. Still, it would be fine. The race was a time-trial start; two athletes off into the water about every 10 seconds. I heard the beep then the GO command. I was off and running into the waves. The swells were perceptively bigger than they appeared from shore. Before I started panicking, I told myself “This is just like when you were a little girl, at the Jersey Shore, splashing in the waves! It’s FUN!” With that, I swam through the swell, as it picked me up, then dropped me off its watery cliff. Up and DOWN, up and DOWN, repeatedly, until I got to the first turn buoy. The current had driven me toward the inside of the buoy line, so I had to wait for a gap in the traffic jam of athletes before I could get around the massive yellow pyramid. After that, it was all a matter of sighting for the 2nd buoy and aiming myself way out in front of it. Hopefully, the current would pull me right alongside it. Before I knew it, I was around it, and body surfing to shore. It was fun, and one of my better swims at Wallis: 11:14.


Just as in Real Estate, in Transition, it’s LOCATION, LOCATION, LOCATION. I had a choice spot; just the second rack from the entrance. I was able to easily get my wetsuit off, my helmet on, and run my bike to the mount line. T1: 1:16.


The Bike at Wallis is fast and “New England” flat. A few tiny climbs, but mostly false flats and slow descents that can really get your heart racing. The conditions for most of the bike were perfect. The roads were smooth, and there wasn’t really any wind to speak of. That all changed once I made the turn on to 1A. There was a steady headwind that pushed against me for the last 5 miles of the bike. I still felt good about my ride as I hit the dismount line: 42:38.


Into T2, and I was at the rack quickly, but my feet had been cold since before the swim. As I struggled to pull my running shoes on, any tiny grain of sand under my foot felt like a pointy rock. I grabbed my hat and sunglasses, and off on the run I went: T2: 1:14.


As I started the run, I felt like things had come together well so far. I took my time to settle in, but never really slowed down. As I made the turnaround at Odiorne, another friend who was volunteering reminded me that the course sloped downward a bit on the return trip. This gave me a spring in my step, and I picked up the pace. As soon as I saw the turn in the road near the finish, I picked up the pace and never took my foot off the gas. Run time: 26:12.


Total time: 1:22:31.9. 1st place AG F55-59. It wasn’t until later in the day that I learned that my margin of victory was a sliver slim 3.8 seconds. Something that I love about time trial starts is that it forces me to race my best on that day, because I really have no idea where I am in relation to anyone else.


This was my last race of the season. To me, it felt like I did everything right. Can’t wait for next year!