Pumpkinman's 15th Year, and it Did Not Disappoint 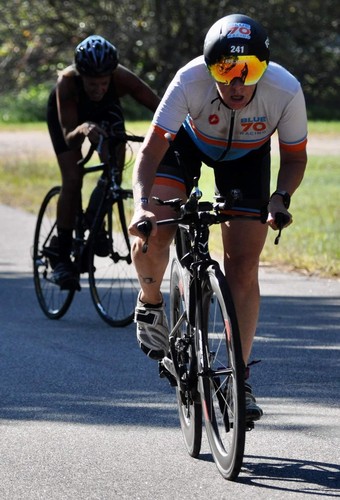 I raced my best on a challenging course, and I'm proud of the outcome. New goals for 2022! 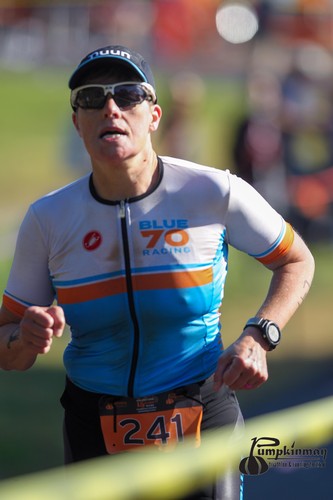 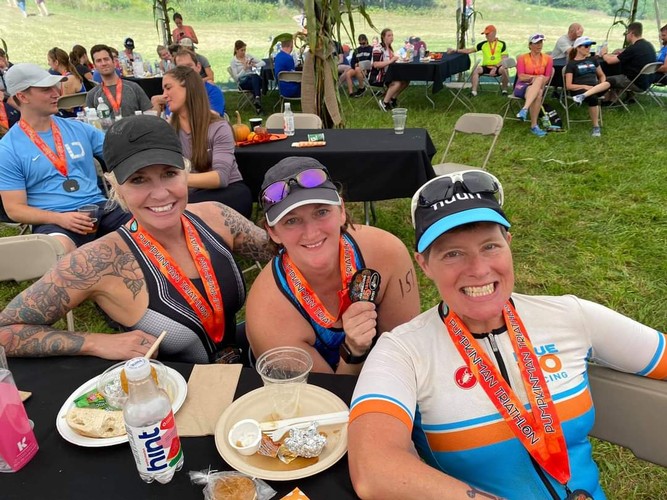 This was the 15th Year of the Pumpkinman Triathlon. It started out the first year as a sprint event. The next year, they added a 70.3. Fast forward to now, there is a sprint and an oly on Saturday, and a Running Festival on Sunday. Throughout all of the comings and goings, one thing has always been true: you get quality events, on challenging courses, and a fantastic after party/atmosphere.


This was my 13th year racing at Pumpkinman. It was my first Triathlon, and remains my favorite weekend of racing. This year Pumpkinman introduced an all new Oly bike course and a change to the Sprint bike that altered the conversation (so to speak). As I live near the venue, I had the opportunity to train on the course. My first time riding the new route had me questioning my abilities. And because I was going to race the Olympic distance, I would have the privledge over going for a 2nd loop. Yeah me!


The week leading up to race day served up some hot temps, which kept the swim venue warm. Still wetsuit legal, but warm. Having experienced overheating in the swim of a recent race while wearing a wetsuit, I made the decision to not wear one. I'm much slower without, but I didn't want to feel like crap either; Sophie's Choice.


The swim had a time-trail start: love/ hate. I loved it because I had my own real estate most of the way. Hated it because I tend to swim faster when around faster swimmers. Plus, there was no one to draft off of. My swim was slower than I wanted, but I also didn't overswim the course. My sighting was nearly dead on. 37:18.


One of the little "gimmicks" at Pumpkinman is that they provide a competition within a competition with the Powderhouse Hill Climb (named after the local town ski hill). Everyone gets a seperate time for the run up the steep hill to transition. The top male and female for each race distance receive a special award. Not that I was an award winner, but my time up the hill was 1:53.


As I arrived at my bike, I was a little lightheaded from the combination of wavering swim legs and zone 4 effort hill running. I was on autopilot as I buckled my helmet, and made my way to the bike mount. I hopped aboard my trusty steed "Oathkeeper", and away we went for what proved to be the ride of a lifetime. The cool air was in stark contract to the warm water, so the beginning of the bike was brisk. I passed several people who had passed me in the swim. The bike is my happy place, and where I feel like I know what I'm doing. I do not have electronic shifting; call me a purist, a tech snubbing curmudgeon, cheap, whatever. I like the feeling of the levers and the clicking of the chain running up and down the gears with each detent. Some people actually like to drive a standard. The bike course had some nice climbs followed by some BIG descents. THRILLING!  Plenty of rollers too. The fact that there were no crosswinds that day made me confident that I could get aero and make the most of the gravity. Some at the end of the race told me that I flew by them like they were tied to a post. I'm not afraid to go fast. I arrived back at T2 ahead of my goal: 1:17:51 for 25 miles (19.3 mph).


As I headed out on the run, I had the typical Triathlete "shuffle", and felt slower than I actually was. My running this year has not been a major area of focus. Maybe it should have been, but whatever. The run course for the oly was 2 loops of the sprint run. Doing it once is hard enough, but twice? Approaching the start of the 2nd loop can be a little defeating; watching the sprint athletes make the turn into the venue and on to the finish, knowing I had to go for one more round. UGH. At least I started to gain some consistency in my pace, as I played Elvis Costello on a repeating loop in my head. Before I knew it, I was at mile 5 and heading toward a big climb. It's one with a "trick" hill at the top. You know, where you think you're approaching flat ... but not really, and then there's another hill. Fortunately, I could see the volunteers at the top, orange pom-poms waving me into the venue, and on to the finish. The finish shoot goes down a grassy hill. I've run it enough times to know where there's a sudden dip, but flatter on the right than on the left. Where you have to "pony skip" if you don't wish to risk face planting at full speed. I hit the hill, skipped, then powered through to the finish. Run time 49:53.