A solid return to racing 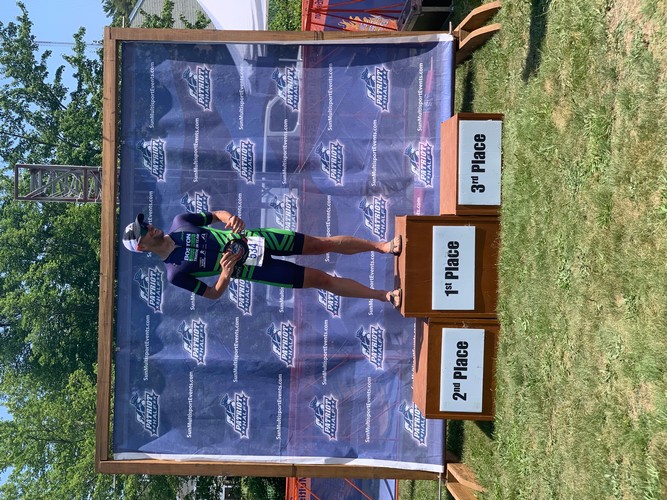 I had a very strong performance that solidified my confidence for the rest of the season. It was at the same race where I did my first 70.3 and have done a couple times since. I smashed my old PR by a full 20 minutes, taking 1st in my age group and 5th overall! 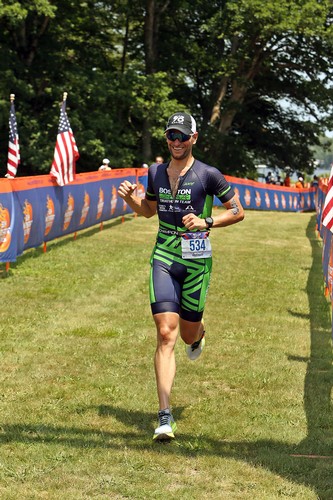 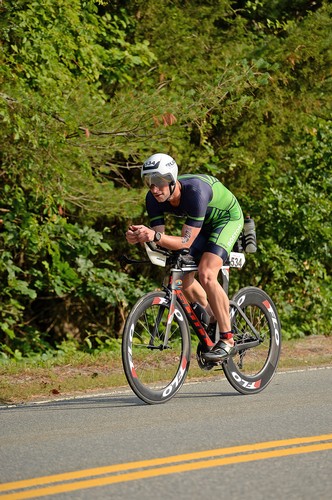 It was a pretty hard day, but it sure feels good to be back racing. Men 49 and under were the last wave, so I knew from the start that I was going to need to be aggressive.

The swim was a little rougher than past years and got a bit disorienting at times. I can still sight well enough and swim straight. I bounced off a lot of people and wound up on to of at least one. I had the fastest swim overall, which is pretty exciting. I had no idea where my spot was coming into T1 so there's another thing to work on there. The Helix wetsuit comes off a whole lot easier than the old one which got me back on track pretty cleanly.

The new bike course was a little better than the old one in terms of road conditions. It was still pretty bad in a couple spots. I hit one big pot hole that I thought bottomed out my rim, but everything looks ok. The were some crazy crosswinds at a couple points that kept things extra interesting. I passed a lot more people on the course to the point that my voice was a little horse from yelling. I was able to reload my BTA bottle at speed in aero and got my shoes off coming into T2 while riding, so both of my technical goals were successful. I did not pace well at all (.88-.80-.76-.72). The goal was .80 for the course, so I sort of hit it on average but not what I wanted at all. Knowing I was way over in the beginning was way more distracting than I would have liked and just made me worry about the run.

This course is tough not having any shade and seems to get pretty hot every year. I can't believe I ran like I did coming of such an over-bike. My shoes hurt like crazy too, which I think was the only thing slowing me down. It wasn't at all taxing aerobically. This was the first time I didn't walk any part of the course.

Overall, it was a super successful day that blew away every expectation that I had for myself going into it. As always, compared to the field, a stellar swim to a strong bike and a good (not great) run. The training focus through the last 2 years is paying off and there's still plenty of room to grow. I'm 100% racing Patriot again next year but in the Open/elite category!