Running because you can 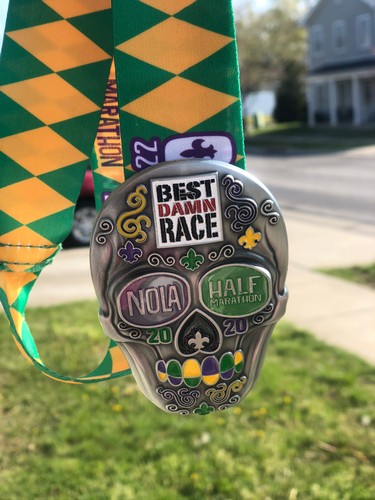 When you run because you are stubborn 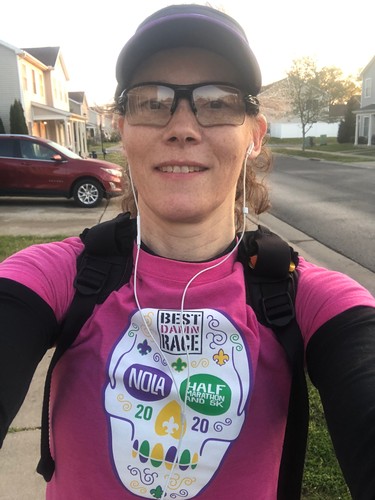 My coach's SO is a RD for Best Damn Race. His races are truly the best damn races, but since they are normally in areas that I can't get to I can never participate. I have completed BDR Savannah Half twice and when the pandemic hit and BDR had to shut down they shifted their business model quickly and switched to provoding virtual races. Since the success of this company is near and dear to my heart I signed up for BDR NOLA.


There was one little issue. I had run BDR Savannah in February as I was getting presumably the flu. I had the lighter case, my husband was down for the count for a few days, we both recovered -- so I thought. I had taken about a week off after BDR Savannah to recover and then started training again. I wasn't feeling so hot. But I kept on running until about a month later I was forced to walk up a hill that I had run up every time before. I knew something was wrong. Well, a little bout of presumably pneumonia (a little leftover from the flu a month earlier) forced me on the sidelines again.


So the goal for this run was simply to complete it, because in two months I had missed two full weeks of training and conditioning. To add an extra twist the weather in Central Kentucky was acting funny and there I had to pull out a long sleeve base layer the morning of this run, because it was cold, colder than it should have been. But then running in cool and cold weather is actually my fav so it was all good.


Ultimately, it was a fun little run. Since time was not an issue I chose to change my routes a bit and explore so I got in some trail running and some nice alone time during a beautiful crisp morning. If you live in Florida check out Best Damn Race. You will not regret it.