My First Olympic Triathlon. Mixed events, mixed training... the makings of a triathlete. 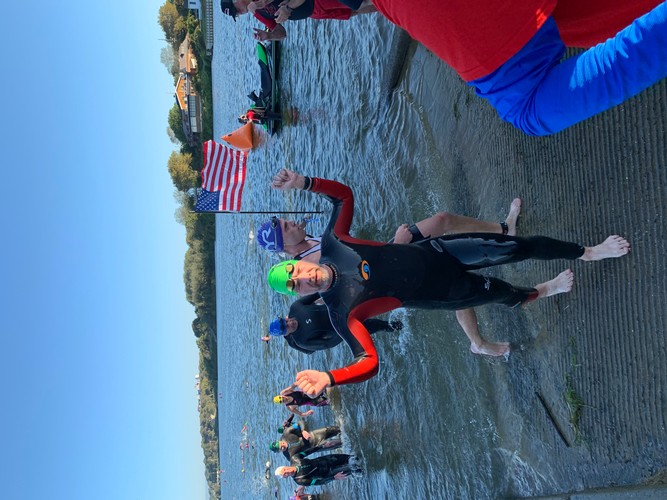 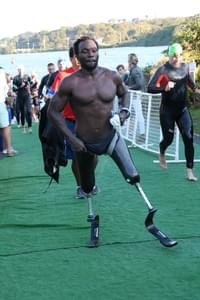 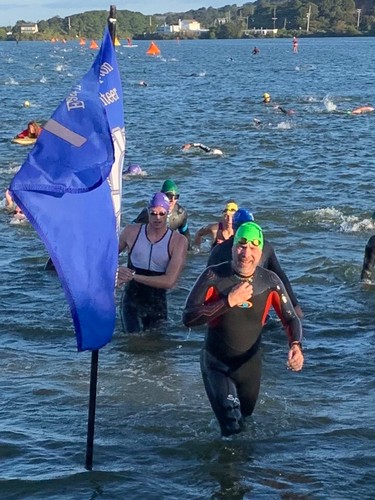 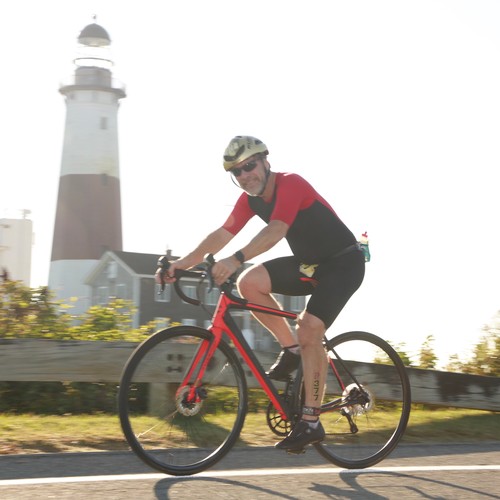 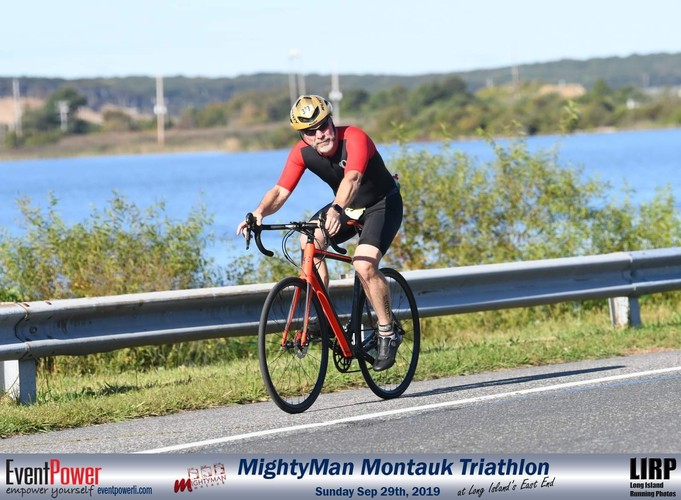 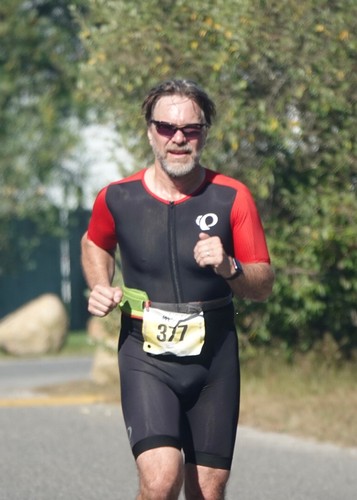 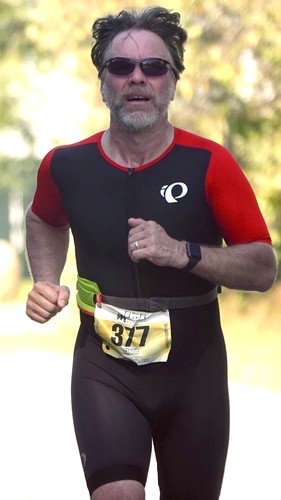 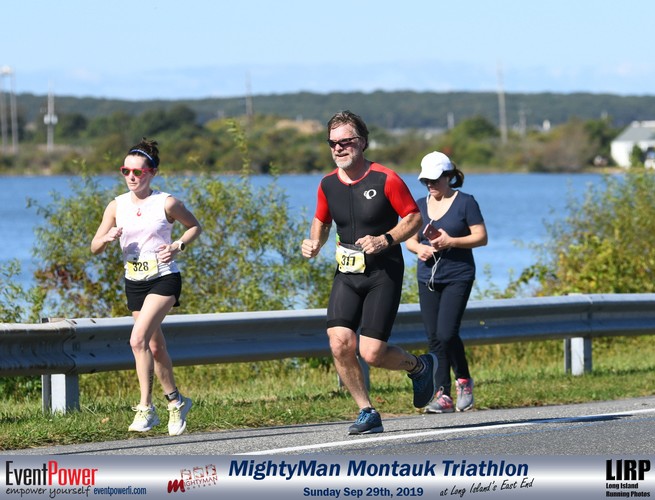 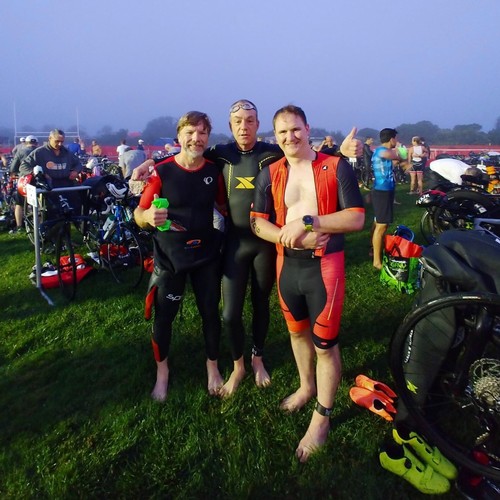 So,… I trained for my first Olympic Tri, the 2019 MightyMan Olympic Triathlon. I adjusted training between the three events, often mixed, sprint distance like, and a few longer individual efforts, in all 3, 4 and sometimes 5 times a week. My focus was on the swim, where I put down between a half and a mile swim in the open water, salt water Sound, Steers Beach, or in Hobart Beach to avoid choppy waters.


The Montauk Olympic event swim is in freshwater Fort Pond. This was a pleasant surprise. My swim was strong and consistent, while I thought I delivered good power strokes and kept my elbow up, my split time reveals I still swim slower than most in my age group. However only serious participants compete in an Olympic Tri.  Seriously, there are no free slots to gain in rank.


My training friend Wayne coaxed me into a warm-up swim. He told me let’s go to the buoy while I thought he was nuts. So we swim ahead… I lost him but kept going.  I got to the buoy and turned around… came back wondering why I swam so far. By the time I got back to the start they were blowing the whistle. The good news was 500 participants were squeezing into a small boat landing and I just pushed my way in from the start side, past the elites, 5 or 6 rows up, for what turns out to be a great spot, ahead of the crowd. It turns out swim was an in the water start. I positioned myself near the start buoy, but behind the front line. I figured to position myself behind the leaders and let them go first.


I contacted about 8 swimmers thru my swim. 4 or 5 we're the feet to a participant swimmer in front of me (yeah!) Still, my swim pace is my biggest handicap. Nonetheless I was pleased with my swim performance. I left the waters 14 of 17 in my age group.


I proceeded to the transition… went through it in 5:02. Once again a horrific transition time and I exited 17 of 17 in my age group. Another setback!


My bike ride was another story. I had my marathon water bottle waist pack with me. I found out later that I didin’t need to carry my bib on my waist for the bike ride, but the water bottles were helpful… at least until I get a water bottle for my bicycle and the appropriately colored cage.


I enjoyed the bike trip immensely even though it was nearly 1000 feet of vertical over 25 miles. The tour was scenic, up the hill around Montauk Manor to Gosman’s Dock and back to Montauk highway. I passed people regularly on my way to the Montauk lighthouse. I might also note that I passed easily half a dozen bikers fixing a flat. On my way back I passed a few more bikers and went down East Lake Drive, across from Gosman’s and back to Montauk Highway where we went around Lake Montauk and back up to Gosman’s and down to the start. My bike time was an hour and 20 minutes. Fabulous!. I moved up to rank six.


A bit tired now I put on my sneakers and went through the transition. Here we go again; I exit in two minutes 40 seconds and back to rank 14. How do these guys go through transition so quickly? I hit the ground running for the next event.


Turns out it I was running 8:30s to start even though I felt like I was caring 10 pound weights on each leg. I passed a few people but began to feel the intense heat. My onesie was dry by now and I just had to power through the 10K. The race architects punished us for the last 3 miles. It was some three or 400 feet of vertical in the last half of the run. It was really tough, but I powered through it.


I finished In a little over three hours, overall 85th of 171, nine in my gender age group of 17. Pretty good for my first time. I’m satisfied. I keep reminding myself nobody runs this competition without experience.  The competition is simply at a high level.


I like latex tire tubes.  Ride confirms both smoother and more efficient rolling performance. Believe it, or not.


Bike with water for rides in excess of 20 miles.


Run races without water since there are always hydration stops throughout.


Live Long and be Fit!