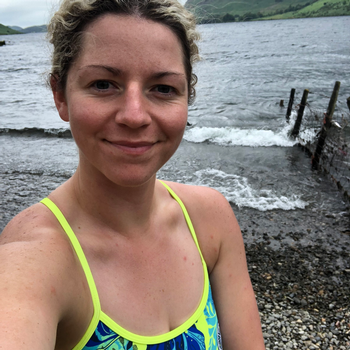 I'm a sports journalist & editor by day, and an ex-triathlete originally from Lancashire, UK, now living in the Lake District in Cumbria.

I've been involved with triathlon since 2010, racing half ironmans (including GB age-group) for eight years before moving away from racing and focusing on personal and more unknown challenges across swim/bike/run/olympic weightlifting individually. Since then, each year has had a different focus depending on what I fancy targeting.

Nowadays I'm mostly a trail runner and open water swimmer. OW swimming has been a key sport for me since 2010, and I've swam many of the English lakes end-to-end, and looking for inspiration for more distance swimming challenges from 2023 onwards.

My sporting life tends to be on adventures, where I prefer to set myself lesser-known challenges and personal goals that I've dreamt up and planned, rather than entering mass-participation races.