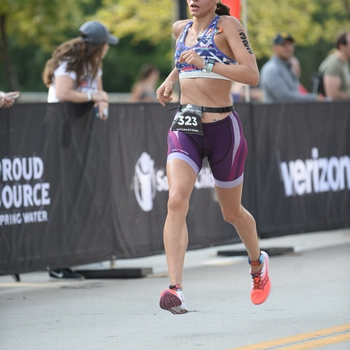 I am a triathlete living and working in Chicago. I train with Second City Track Club and M3 Aquatics. I am also the Director of the new M3A Swim School. I began competing in Triathlon in 2019 and have podiumed in every event I have competed in since. My most recent accomplishments were a top 10 finish in my age group at Age Group National Champs in the Olympic distance, and first place overall at the Chicago Triathlon.