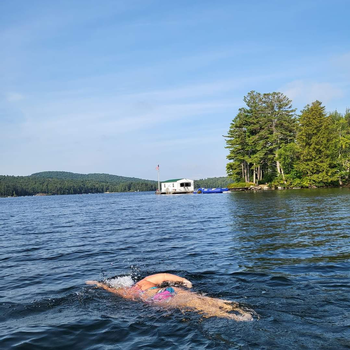 I am a childhood swimmer and at the time I was the youngest ever swim team member at my local YMCA at age 5. I've lifeguarded and taught swim lessons (in 3 states) and always loved to play mermaid. When I went to Disney my parents say I complained the whole time saying I just wanted to go back to the pool.
In 2016 I started running to lose weight, and at my local run club/team one of the women was ramping up to do an Olympic Triathlon and was talking to a few of us over beers. Someone else said they always wanted to do them and she said he could probably manage it- the swim is the hardest part. While I hadn't swam laps in nearly 15 years at that point, I figured why not. So in 2019 I bought a bike and started training. I completed 2 sprints the same year and was scheduled for an Olympic and IM Maine 70.3 in 2020 but those were pushed back to 2021 so I completed the Lake Sunapee Olympic instead, completing the other olympic and my 70.3 this year in 2021.
In 2022 raced the Escape from Alcatraz Tri, as well as take part in the Kingdom Games (in VT) for my first official 10k swim followed by the historic Boston Light Swim (8miles). Then I completed the first documented single crossing of Lake Sunapee (NH, 8miles, pending MSF ratification). I also became the 475th person (53 American) to complete an Ice Mile Swim under IISA rules.

In 2023 I will be competing in the Memphremagog Winter Swimming Festival (VT) as well as attempting to swim an Ice Mile under IISA Rules. I plan to complete another 70.3 by mid-June then I will go back to marathon swimming for a 10miler and hopefully a 25k swim 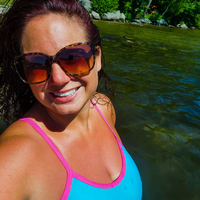 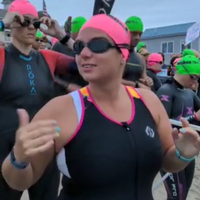 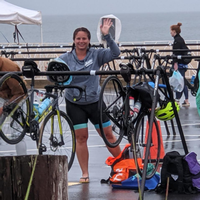 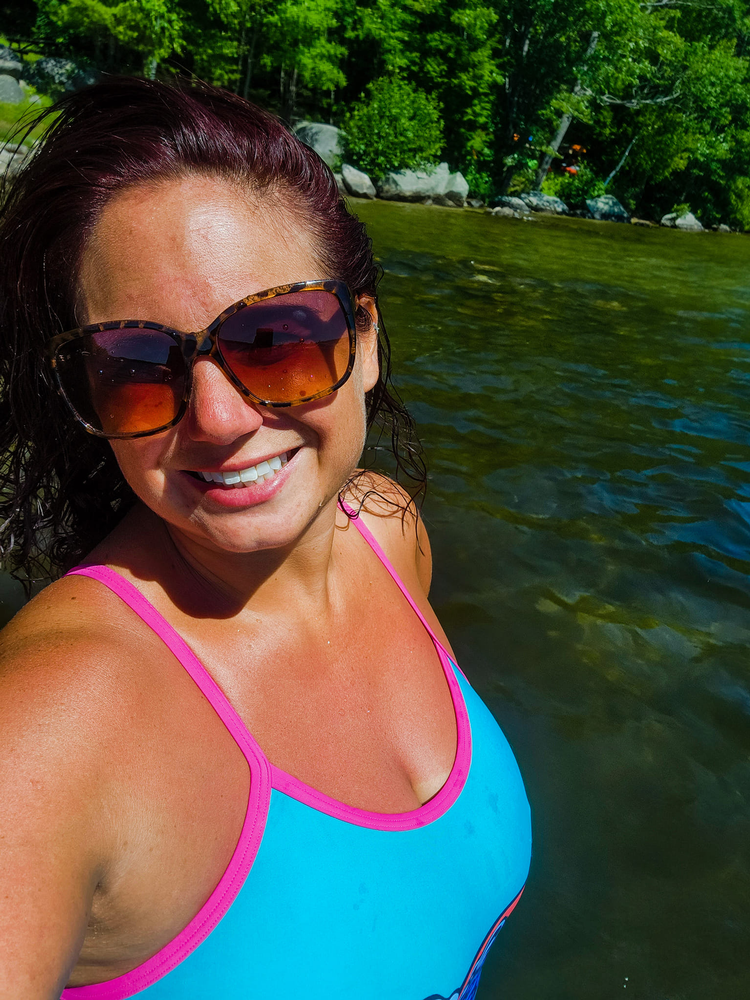 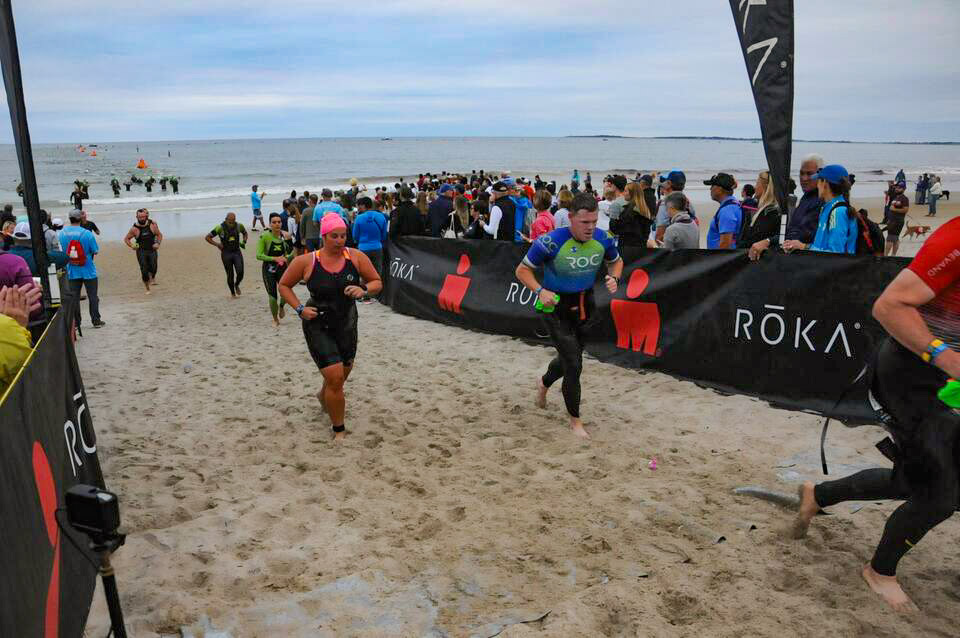 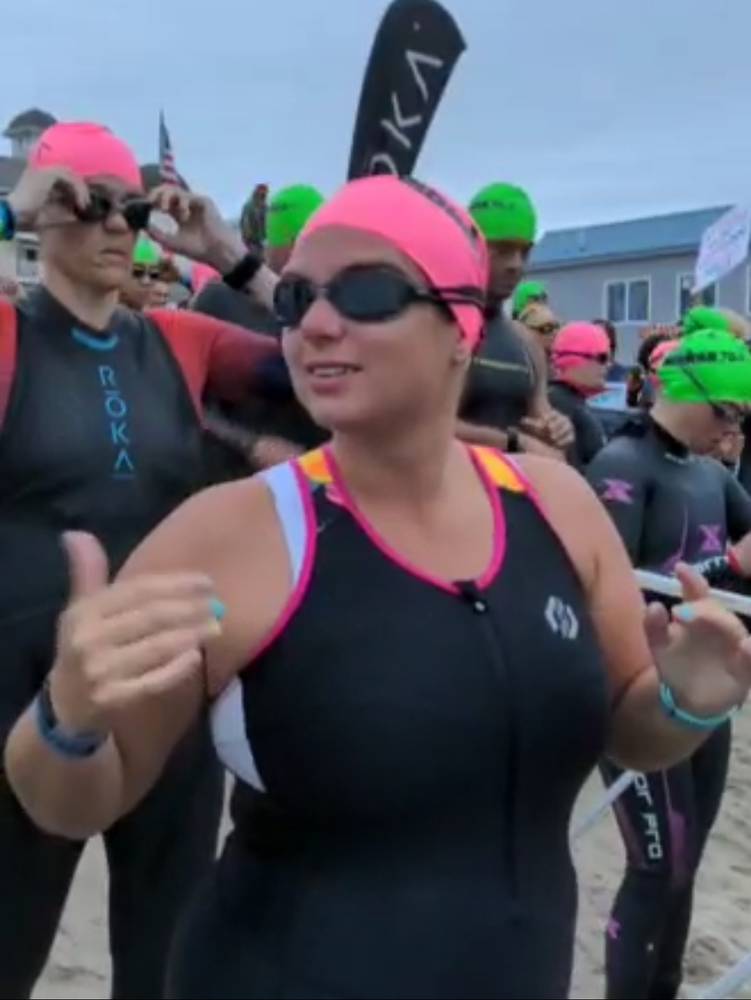 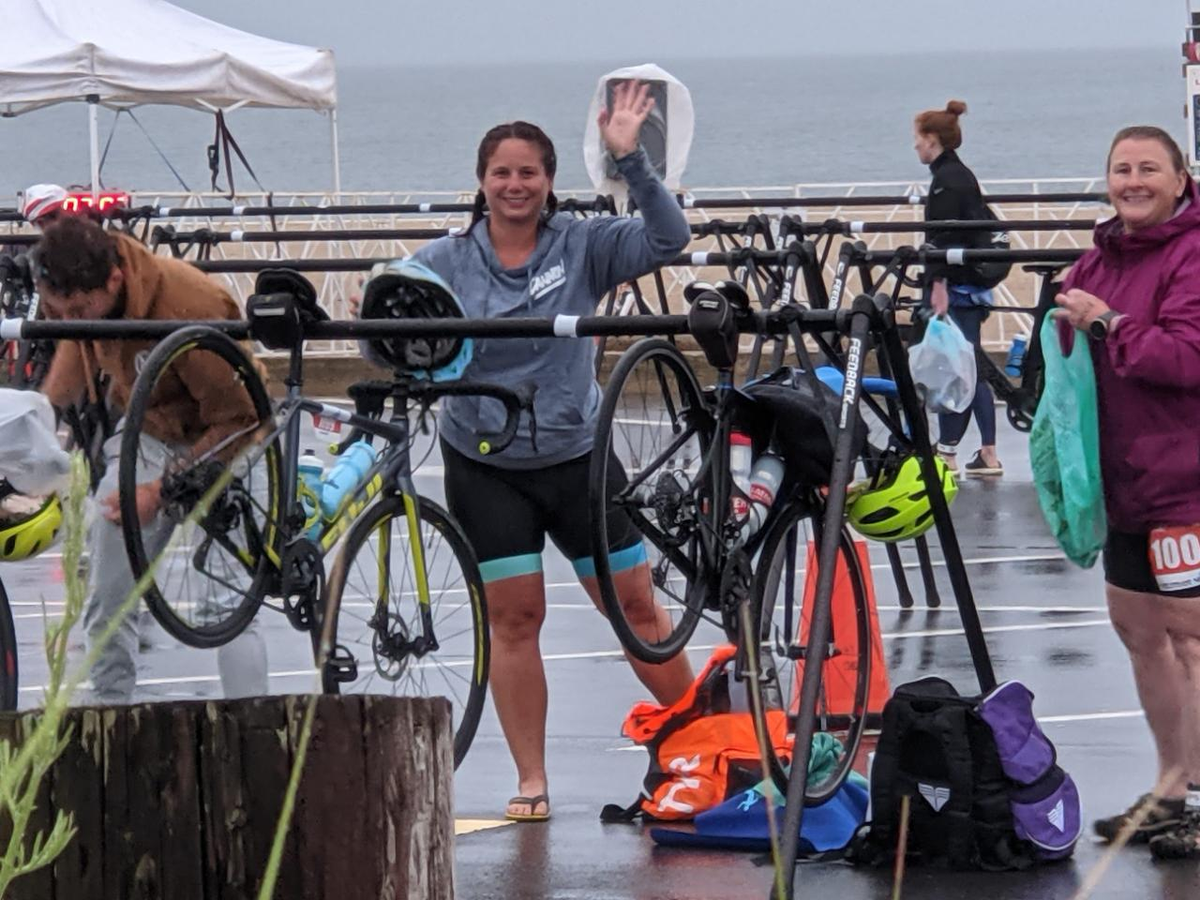