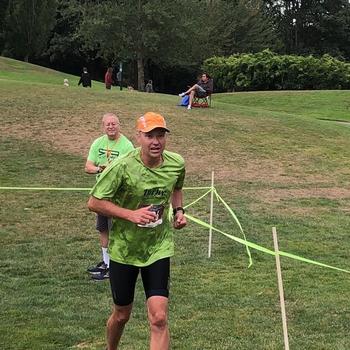 I am a 42 year old male just starting to get into triathlons after spending the last 10 years being a couch potato. I just completed my first 70.3 triathlon in Black diamond Washington along with an Olympic course at Lake Meridian Wa. I started the summer Triathlon series by doing an Olympic relay in Lake Chelan WA with my wife. I have also done 2 northwest trail races in 2019 and an open water swim at Lake Meridian. Eventually I would like to complete a full Ironman race.
My answer to the question of the April Challenge, “Why do I do Triathlons?” is very personal for me.
The ultimate reason that I train for triathlon is because it helps control my anxiety. I am not sure why, but for me a combination of running, biking, and swimming at least 3 to 4 days a week really reduces my anxiety, the number and severity of attacks I have.
A couple years ago I started to have massive anxiety attacks. They were debilitating, making life very difficult for me as well as for my family. I would become consumed by what I knew were irrational feelings and they would control everything. My mood became very dark, I would retreat into myself, and I developed a short temper. When my anxiety was high my personality changed and I was so focused on the thoughts in my head my wife would say I was like a different person. I was quite, angry, and distant. I started having difficulty sleeping.
It was only after seeking professional help and agreeing to take medication I was able to get some control back, find some perspective, and make some hard choices. I decided that I needed to figure out how to manage my anxiety without medication, because lifelong dependence was something I did not want for myself. One day while working through a small attack, I started to think about how sedentary life had become for me. I am a stay at home Dad and we had recently had a new baby, so I had fallen into a routine (totally focused on my kids) forgetting about how active I used to be. My normal team sports like basketball and softball only triggered my anxiety and if I am honest probably were not providing the level of exertion I needed. In addition to a lot of sitting, I also had started to consume excessive quantities of coffee and high caffeinated sodas to compensate for lack of sleep. It was like a light went on that my lifestyle had passed some tipping point and my body needed to be much more active. I needed a sport that didn’t involve the potential for strong emotional confrontation like some team sports can have, so I started to run.
I worked with my Doctor to stop taking my medication. The running helped me work through whatever attack I was having and I was able to have mostly normal days. I kept running, and eventually added swimming with a masters swim team, and I noticed that I was having less anxiety attacks when I did. I also reduced the amount and regularity I was drinking caffeine. The attacks were now minor ones and I was able to reason through them in short order, but my challenge was how to stay motivated to exercise regularly without a team expecting me to show up. This is where triathlons came in. I knew that I wasn’t strong willed enough to keep running or swimming unless I had a goal. So I challenged myself to train and finish a half iron distance tri. I started small with trail runs and participating in long distance swim competitions, then completed a sprint tri, and increased to an Olympic and at the end of last year finished my first half. I am happy to say that my anxiety attacks are few and far between and when I do have them I can go for a run and reason through them.
I do triathlons because they help me mentally keep balance. Triathlon are my pathway to controlling my life and giving me the incentive I need to stay moving. 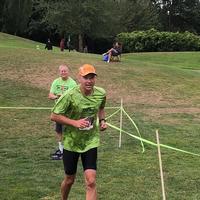 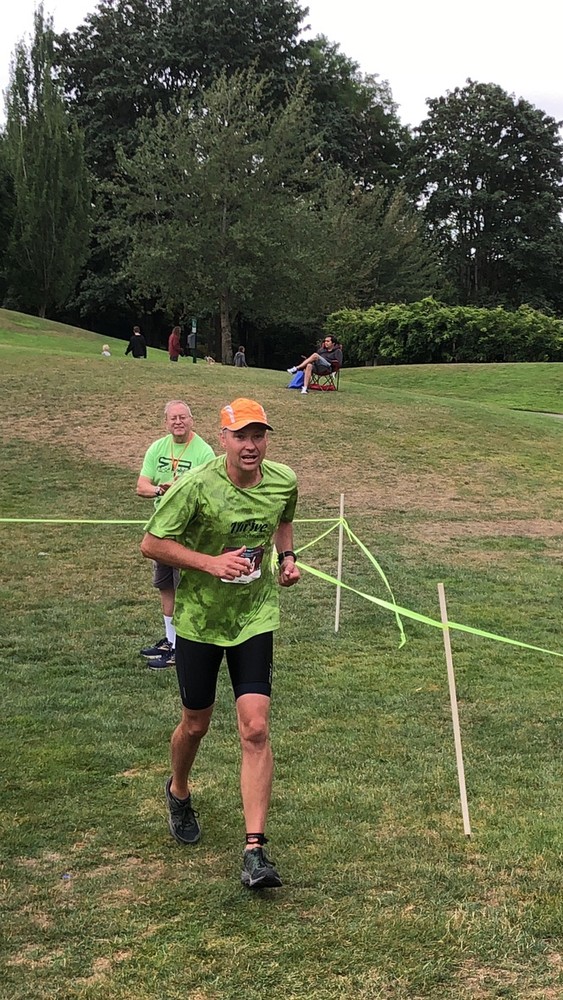