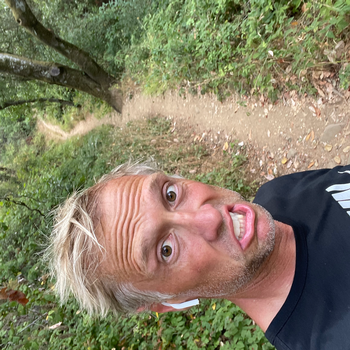 I race Ironmans for a charity team called Team Challenge. Team Challenge supports the Crohn’s and Colitis Foundation. My daughter was diagnosed with Crohn’s disease about 7 years ago and I promised that I’d race IM until they find a cure. I’ve done 12 since then and have no plans to stop. IM is a really personal and meaningful commitment for me. I’m part of a close knit community of people within IM, including Team Challenge and its supporters. When I first stated running triathlons I bought a Blue Seventy wetsuit (I think a sprint) for like $100 and I’ll never forget swimming in it for the first time - I felt like I was like Michael Phelps and thought I was $*&@ and now many years later I realize that’s what it’s all about. Feeling good about your efforts, surrounding yourself with a great, supportive community, in a larger community of people who for the most part are adding positive energy and attitude to their lives and the lives of people around them. I still have that wetsuit even though it doesn’t fit me any more and it reminds me of those early days of figuring out where and how I fit into this great sport. IM is now a family thing - my daughter Caty comes to my races and volunteers at TC or the IM Foundation. It’s a great part of our family life. I’ve missed being a part of the community for the last couple of years and look forward to getting back into it 100% next year.