I'm a 56 year old married lady, and mom to an adult daughter with autism. I've been in the sport of triathlon since 2009, where I raced my first sprint. Since than I've covered every distance, including two Ironman finishes. I had dabbled in running since my mid 20s, but once I found TRI, I knew I was on to something. I didn't learn how to swim until I was nearly 40, and now I can't imagine my life without it.
All my life, I wanted to be involved in sports. However, as a young child I was not encouraged to do so. My family was super old-school; sports were for boys. Ironically, my brothers who were encouraged to be athletic really did not enjoy sports. Once I reached middle school age, I joined various leagues offered by our local Recreation Department, but still was not encouraged by family to improve on what (very) little ability I had. Looking back, it was discouraging, to say the least. Still, through high school and college, I plugged away at various team sports (soccer, hockey, squash, softball, tennis), working 2-3 times as hard as others, just to be mediocre. This did not do much for building my self-esteem.
Fast forward 25 years, I registered for my first TRI; The Pumpkinman Sprint. Mind you, I was only a runner in the academic sense, I did not own a bicycle, and I could barely swim (and when I say “swim” I mean “not drown”). Still, this would be something different. No one in my family, nor most of my friends had ever done anything like it. I was terrified and excited all at once. Race day came and went in a blur, but that sense of accomplishment is still palpable after all this time. I have gone on to race all distances, including two Ironman finishes. I have caught the attention of family, friends, and complete strangers who follow my training, racing, and encouraging of others on social media. My Mom told me last season that my Dad actually prints out my race photos and shows them to people at church. “He’s SO proud of you!” I think I have finally found my “home”. 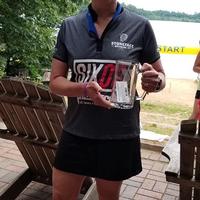 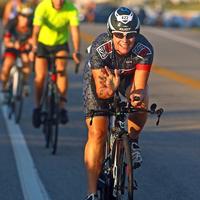 racing is more fun with friends!

2019 TRI for the Y, Kingston, NH. A glute/hamstring strain kept me for running for 6 weeks during the summer, so I raced a couple of Aquabike events. I was first overall in the Aquabike (I even beat out the first male by 23 seconds).

Wallis Sands TRI 2019. I always ride the bike hard, but always have a smile for the camera! 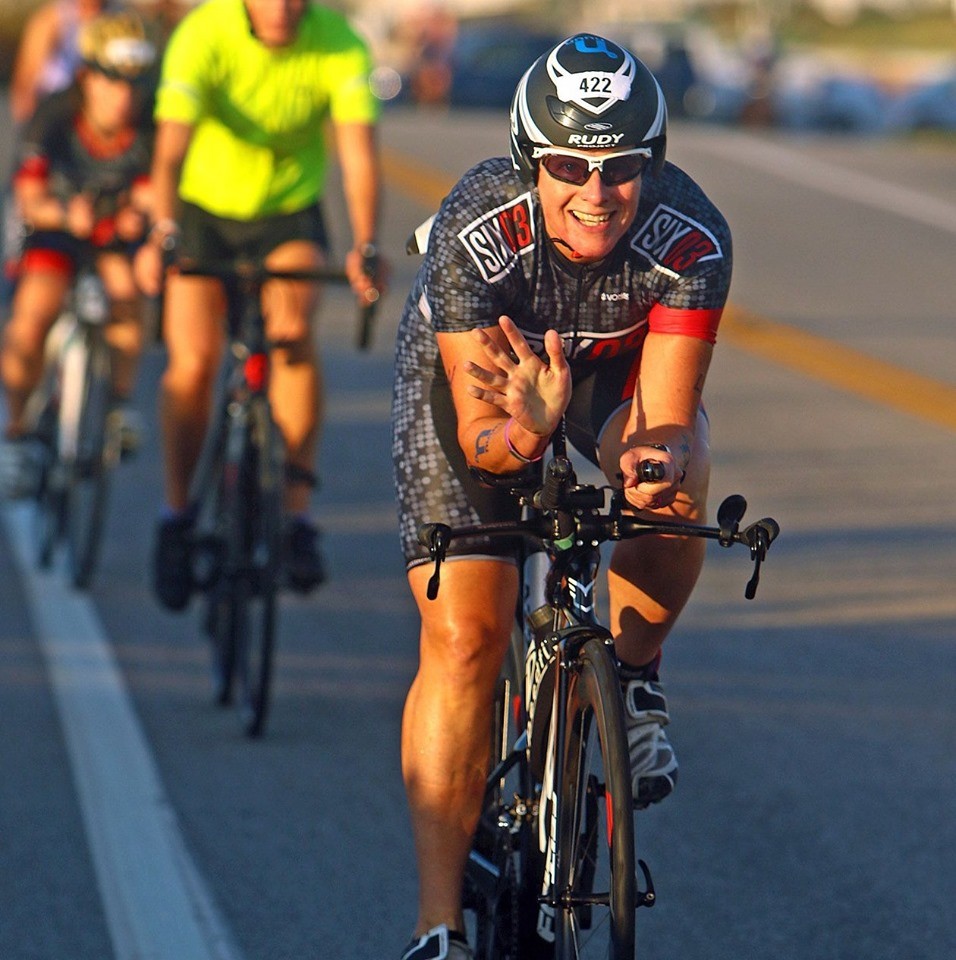